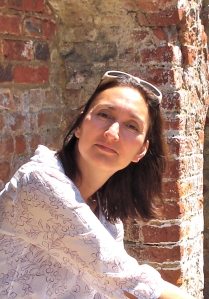 (really old pic, will update it as soon as I find a sunny place and brilliant photographer)

I am is professor philosophy of moral agency at Tilburg University, The Netherlands. My primary interests are in philosophy of action, moral psychology and meta-ethics. I have worked on issues of free will and moral responsibility and the developments in the behavioural, cognitive and neurosciences (BCN-sciences) that allegedly show that much of what we do escapes our awareness. I have addressed these developments in the BCN-sciences, because, and in as far as, I think they are relevant to philosophical reflection.

In the past decade I have articulated, what I call, a “traffic participation view on human (moral) agency” (TPV). I do not think that view is particularly new or original, but I consider its articulation helpful in explaining why the developments in the BCN-sciences referred to above are of interest and how to interpret them. The TPV understands our capacities as human agents to be developed primarily through our participation in shared human practices. This process starts at a very early age, long before we are capable of relating to others and ourselves through deliberation and language. I believe the moral sentiments —the human responses with reactive emotions such as resentment, blame, indignation, gratitude, praise and admiration—play an important role in this process, at least in our Western world. One of the reasons why I like “traffic-participation” as a metaphor is that it captures the importance of fluent interactions for navigating our way through the world, while it at the same time allows us to understand why interruptions to it tend to attract more attention when reflecting on ourselves.

In the past years I have used the TPV to say some things about the “moral hypocrisy” paradigm in social psychology, discussions on free sparked by the BCN-findings, and the focus on sufficient and necessary conditions of moral responsibility in contemporary (“analytic”) discussions. I have also written a chapter on love as the biological platform of morality and intend to get back to working on that topic as soon as the crazy-busy life of academia allows me.

Regarding this crazy-busy life: I am currently director of research at the Department of Philosophy of the Tilburg School of Humanities and Digital Science at Tilburg University and director of its fantastic research institute TiLPS. I joined the department in 2017 and thoroughly enjoy it. Check my colleagues out if you want to understand why, as well as the topics they work on: emotions, mental health, nudging, philosophy of sport, phenomenology, diversity, philosophy of disability… to name but a few.

Since 2017 I am also chair of the chamber Practical Philosophy and Ethics of the Dutch Research School of Philosophy, the OZSW. One of the advantages of being a philosopher in the Netherlands is that in the, not so distant, past a group of moral philosophers have succeeded to unite all departments of philosophy in this researchschool. The school takes care of all Phd’s in the Netherlands: it provides Phd courses, summer-schools, organises study-groups and other regular workshops and conferences. I am convinced that this makes the Netherlands a far more attractive place to do a Phd than it used to be. When accepting a post (also postdocs and other jobs) in the Netherlands, it is really easy to reach and stay in contact with other Dutch-based philosophers and to profit from philosophical activities at other universities than the one you happen to be employed by. In recent years the OZSW has also been important in defending the interests of philosophy within Academia and society.

I am also involved in the Dutch Centre of Dialogue and member of the NWO scientific committee. I might add a bit more explanation (and the links) as to why, on a later date.

A bit more on the years before 2017: I have worked for 17 years at the department of philosophy of Rotterdam, and the last 5 years of that period I was appointed a special chair in philosophical anthropology and the founding principles of Humanism, on behalf of the Socrates Foundation, at the Institute of Philosophy, Faculty of Humanities, Leiden University, for one day a week. The Socrates foundation has chairs at almost all departments of philosophy in the Netherlands, each with a special assignment. One of the bonuses of this appointment: the contact with the other people appointed throughout the Netherlands and with the Dutch Humanists.  At the Erasmus I was an associate professor of Meta-ethics and Moral Psychology, for five days a week (yes, that totals up to six days a week from 2012-2017, and, no, that is not easy to do in five days). From 2009 to 2013, I also headed a small research-group funded by the Dutch Organisation of Scientific Research with what they often refer to as “a prestigious personal grant” (which I am happy to repeat, although I most certainly felt more like having won the lottery and still think that is a more apt description) that explores the implications of the developments in the behavioural, cognitive, and neuroscience for our concept of moral agency, reasons, free will, and personal responsibility. During those years (starting, I think, around 2006) I have also been a member of the syllabus committee for Philosophy at High-school (responsible for the topics of the exams) for several years ending at the start of 2017. Before starting at the Erasmus, I did my Phd at Utrecht University (also on a grant acquired from NWO) after having worked at Utrecht University for a few months, and obtaining my, what is now called, bachelor and master degree. My master thesis was on Hannah Arendt and Richard Rorty.

* The quote above is from William Butler Yeats – Among School Children 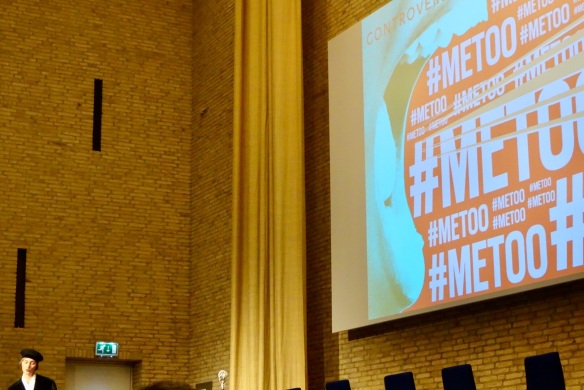 A link to the PDF of my inaugural lecture, February 2018: